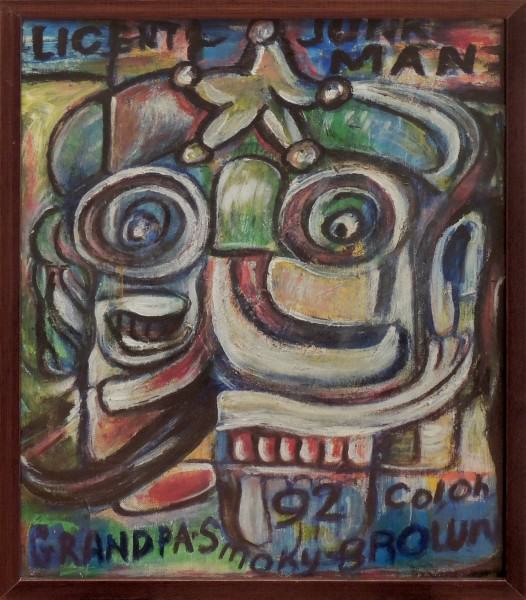 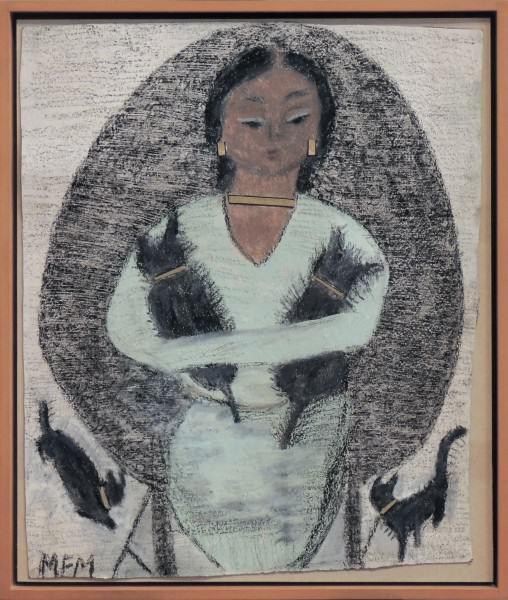 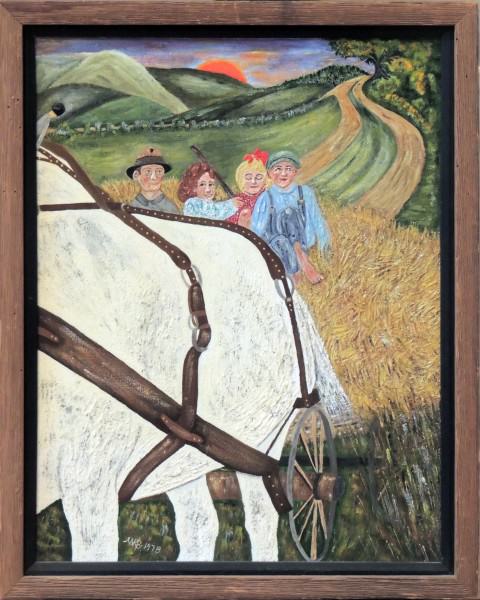 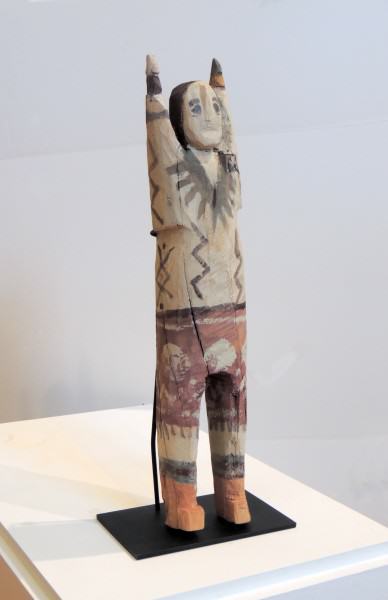 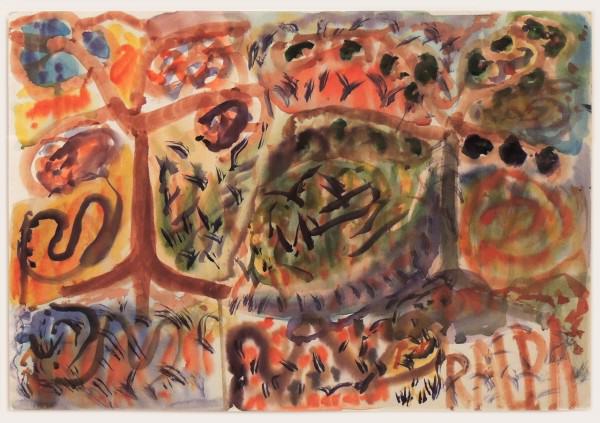 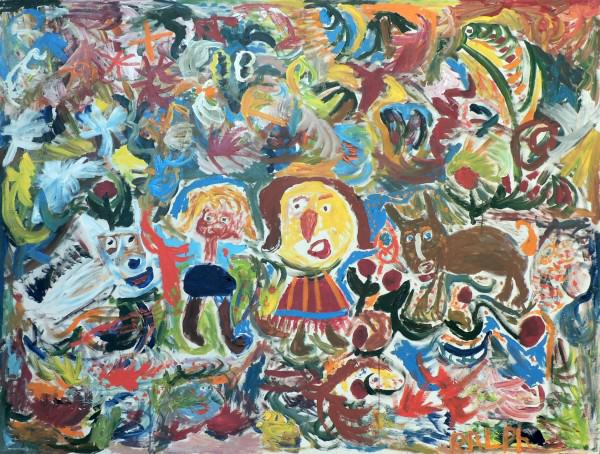 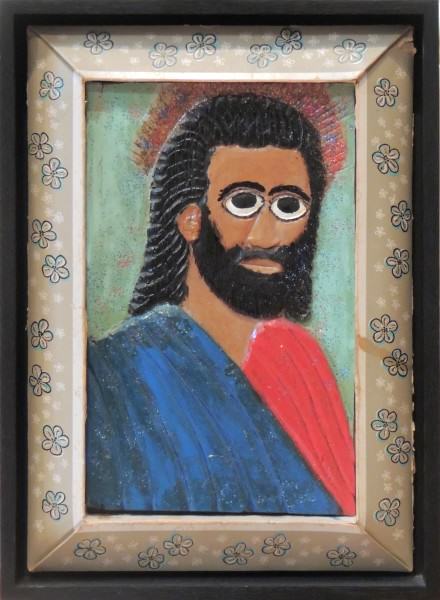 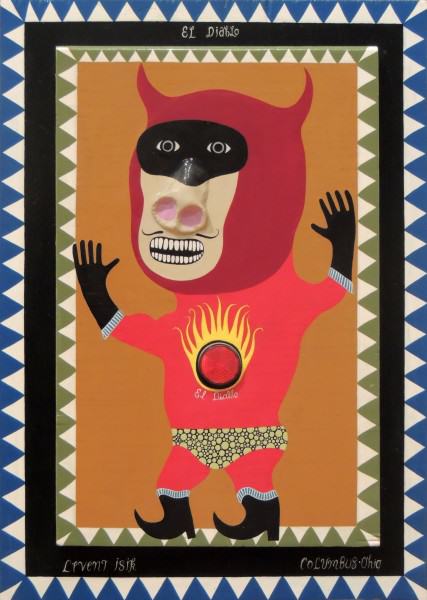 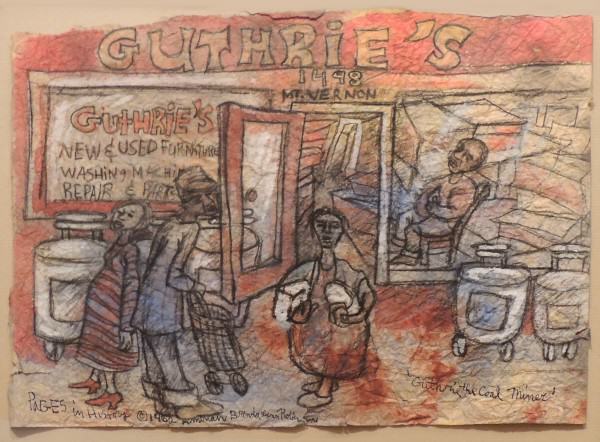 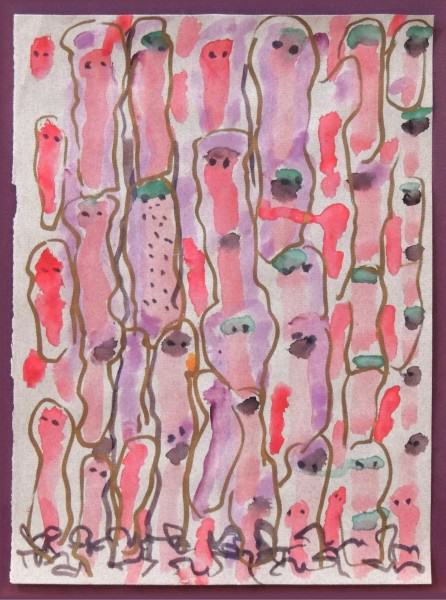 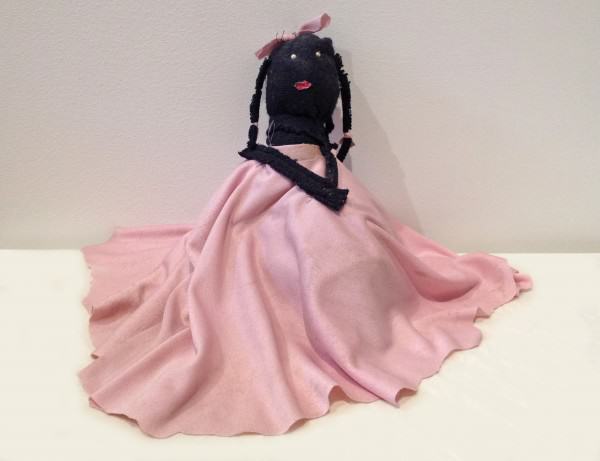 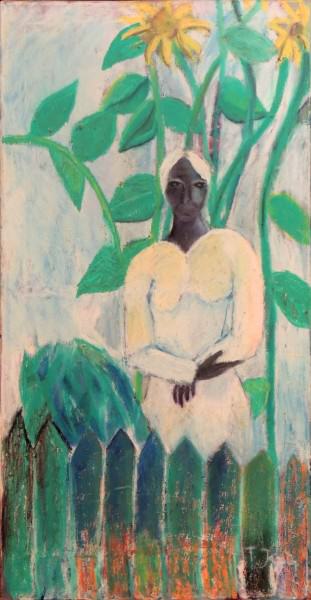 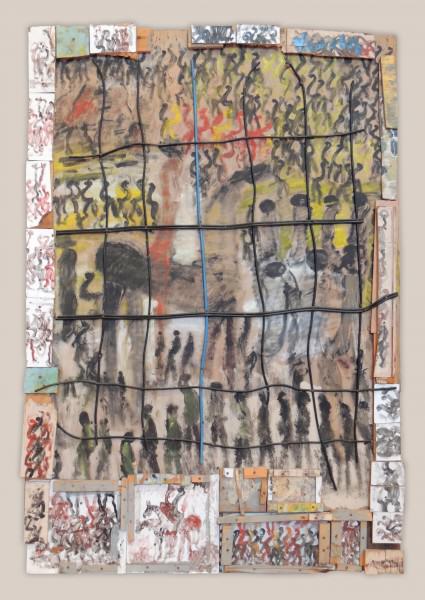 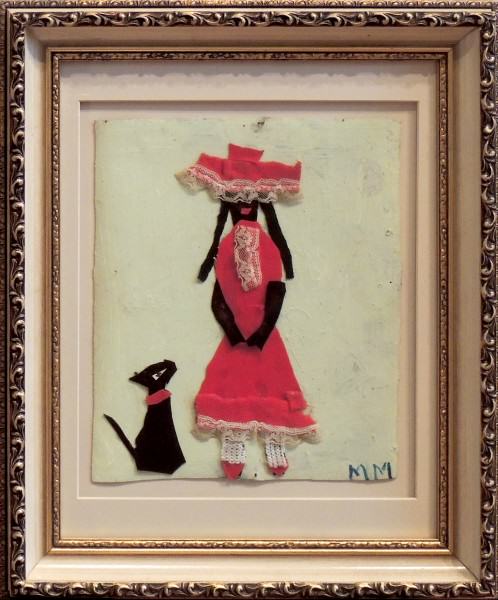 Folk Art, Outsider Art and Visionary Art are terms used to describe the work of self-taught artists who are recognized for unique talents refined to a point of mastery. Self-taught artists have not pursued formal artistic training through a university or art school, nor have they worked extensively under an artist from the established art world. While some self-taught artists may deliberately sidestep the world or art academia, most of them lack access to formal art training due to economic, class, racial, health or geographic restrictions.

Despite these challenges, the artists represented in this exhibit found their artistic voices and developed competent techniques that enabled them to communicate their messages. Many have been extremely prolific, producing hundreds if not thousands of pieces of art in their lifetimes. The talents of a number of these artists weren’t discovered until late in their lives, some after death.

What causes a person to make so much art without a lot of recognition or financial support?

Each work on exhibit offers clues and insights into the particular forces that drove these artists to produce their art. We hope you’ll use this opportunity to look at each piece carefully, searching for hints about the motivations and personal stories of each of these unique artists.

The word folk comes from the German word volk meaning “of the people.” Folk art is considered by some to be a uniquely American style of art. European immigrants of the late 19th and early 20th centuries found few creature comforts in the new world and became adept at creating useful objects decorations. These craft and art pieces were distinct from the classical styles that dominated the European art world. The most talented and accomplished of these early American craftsmen developed styles and techniques that were passed down through generations.

Mary Brokowski learned quiltmaking from her mother and grandmothers before her (see Whirligig). She was such a capable quiltmaker that she began to diverge from the tradition and created a body of over 100 “thread paintings,” which were an outgrowth of the narrative qualities of her quilts. The pieces often showed historical events and notable people. Later in her life, due in part to deteriorating eyesight, she began to paint in a similar narrative style. (See Coming Home from Grandmas and Riding Home with Papa on the east wall.)

Artisans of all cultures have created objects for functional, decorative and spiritual purposes. Around the globe, human-made objects carry cultural ideas, reflect familiar trends and respond to the availability of materials. Charlie Willeto, a Navajo from New Mexico, was a medicine man trained by tribal predecessors in the ancient art of illness dolls. Through his carved symbolic figures he is recognized as a healer and artist of great vision and power. (See Figure with Lightning Bolt and Yei-Bi-Chi Dancing Outfit.)

Do you think Folk Art is a tradition unique to settlers of the U.S.? Or should the term include all cultural communities that pass down artistic traditions?

Stories to Tell and Artistic Vision

A characteristic that binds all of these artists together is narrative – stories told through the art and fascinating life stories. There seems to be an inner voice and a compulsion to communicate that drives the work.

J.B. Murry was a sharecropper and preacher from Georgia. He felt spiritually motivated to create his art and was known to hold a glass bottle of water up to a finished piece to “read” the abstract marks like a sermon. (See Untitled, Spirit Painting).

Elijah Pierce was a preacher and barber. Both professions provided deep connections with people in his community. He is known for his religious narrative carvings as well as allegories, often showing animals. Through his art he created stories that instruct, amuse and warn about the weaknesses of humanity. (See Jesus, Big Popeye, Man Holding a Bag, and Man with Pelican.)

Purvis Young grew up in an urban neighborhood on the outskirts of Miami, Florida. He was convicted of a felony in his late teens and spent three years in prison. There he began to pour over art books and to draw. Upon his release, he took an interest in urban mural painting and began his unique style of found object murals, classified by some as Urban Expressionism. His work is deeply rooted in his experiences of the neighborhood where he spent most of his life. (See Problems People Behind Bars.)

What do you think about artistic vision? Is it divine inspiration? Is it a response to the culture and community around us?

Some artists from outside the establishment have relied on their art to overcome great difficulties. For many, the process of creation has fulfilled a deep human need to communicate when typical means of connection have been difficult or impossible.

Many of these artists have pushed through great challenges and have used art as their outlet or as a way to share personal truth.

Ralph Bell painted expressive, dreamlike and sometimes religious scenes. The artist suffered from disabling cerebral palsy and spent most of his childhood and his entire adult life in a state institution. Ralph’s arms and hands were disabled, but at the age of 67 he was introduced to painting by an instructor and therapist. A paint brush was fitted to a helmet, which enabled him to express his innate artistic talent for the last 12 years of his life. (See UNTITLED (51 AC) and UNTITLED (394 WC.)

Mary Francis Merrill was a prolific artist throughout her thirty year career, which included a decade-long struggle with an anxiety disorder that kept her away from people. Despite or perhaps in response to that, she created art depicting warm personal relationships. (See Lady in Red and Dog and Lady and Cat.) Living in a housing project, she had limited resources so she often used found objects and scraps of fabric, as in her dolls (See Pink Ribbon, Pearls and African). Mary was known to leave dolls like these behind her property and watch from her window as children came to collect them.

Have you ever work with your hands or used creativity to overcome a difficult experience or challenge?

Art is important for connecting old traditions to new ideas and folk artists have influenced art history. A style called “primitivism” describes the work of trained artists from the 19th and early 20th centuries who were inspired by non-western, prehistoric and native art. Through colonialism and increased trade, interesting artifacts from different countries and cultures were available and these influenced some modern artists to give up things like perspective and three-dimensional modeling. (See Max Weber’s Nude with Raised Hands.)

In recent decades, Outsider, Folk and Visionary Art collections have become part of the established art market. Untrained artists who may have once gone unnoticed are increasingly visible and influential to new generations of artist receiving formal training. Furthermore, self-taught artists have often influenced others in their own communities.

Aminah Robinson grew up in tight-knit community in Columbus, OH. She attended Columbus Art School (now Columbus College of Art and Design). Aminah has traveled widely and her art is grounded in the African concept of Sankofa, which means learning from the past to move forward. She was also deeply influenced by her community and by folk artist, Elijah Pierce. (See Guthrie,The Coal Miner.)

Tamara Jaeger received a Masters of Fine Art degree from The Ohio State University. Her artwork includes simplified forms that may remind us of untrained, intuitive styles of art making. She often works in wood and assemblage, reminiscent of the found materials used by many folk artists. (« See Lady in the Garden.) Which works of art from the exhibit inspire you?