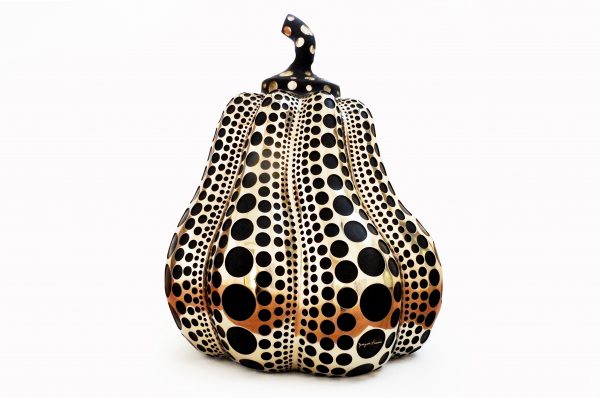 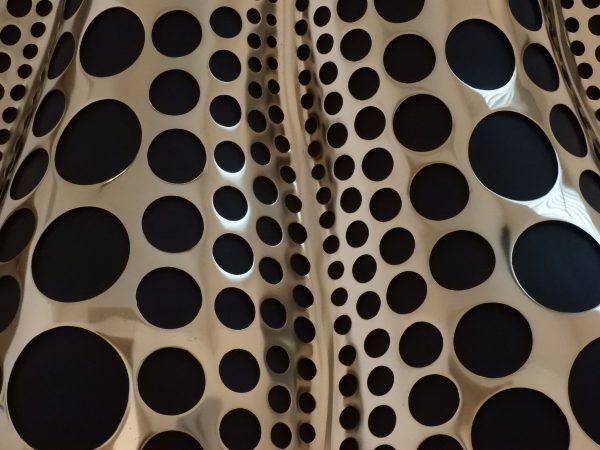 The Springfield Museum of Art is pleased to present a major work of art by internationally acclaimed artist Yayoi Kusama. Pumpkin, a large bronze sculpture by Kusama is on loan to the Museum through the beginning of November from the collection of Angela and Scott Crabill.

Kusama, widely considered one of the most popular and important artists of our time, is known for her extensive use of polka-dots, Instagrammable mirrored infinity rooms, and her fascination of pumpkins. Pumpkin is on display as part of a larger installation of work titled Celebrating Women. This exhibition, celebrating the centennial of women’s suffrage, features both favorite and rarely seen objects from the Museum’s collection created by female artists.

Born in 1929 in Matsumoto, Japan, Kusama grew up in a family of seed-farmers. She recalls seeing pumpkins for the first time during a visit to a seed-harvesting farm with her grandfather. It was here she spotted a gourd the similar size and shape of a man’s head. Charmed by the pumpkin’s “winsome form,” Kusama began celebrating the unpretentious, organic shape through art. In the 1950s, Kusama moved to the United States where she worked tirelessly to position herself at the epicenter of the New York art scene. It was during this time that she forged her own direction in sculpture and installation which influenced artists such as Andy Warhol and Claus Oldenberg. In 1973 Kusama returned to Japan where she continues to live and work today.

“Yayoi Kusama is one of the most influential artists alive today,” commented Jessimi Jones, the Museum’s Executive Director. “We are overjoyed to bring her work to Springfield. Normally, you would have to drive a few hundred miles to see work by Kusama, and now her sculpture is in our backyard. We are grateful to the Crabills for providing this incredible opportunity to our community.” Scott Crabill is a Springfield native now residing in California with his family. Angela and Scott Crabill are pleased to support the Springfield Museum of Art and, through the Crabill Family Foundation, they proudly support non-profit organizations which serve the needs of Springfield families.